Designated Market Area (DMA) in marketing is a term used to describe the specific geographical areas where consumers watch or purchase primarily one television channel.

The major television networks — ABC, NBC, CBS, and Fox — own some individual stations. But because these networks need to appeal to large numbers of people across different regions, they divide coverage areas into areas known as the local broadcast market to sell ads at different rates. Thus, for example, advertisers generally will pay lower rates for commercials during shows aimed at children than for shows aimed at adults.

How many DMAs are there in the US?

There are 210 Designated Market Areas in the US, including all 50 states and the District of Columbia. Washington DC is considered to be two separate DMAs. In comparison, New York City’s five boroughs are counted as three separate DMAs because they each have their television stations (their overlapping areas are still counted as one DMA).

In which city are there most DMAs?

It’s in New York City. There are three DMAs in NYC because there are five boroughs that have their own individual TV stations. Washington DC, however, is considered to be two separate DMAs.

What are the primary sources of information on DMA?

Nielsen Media Research is one of the leading providers of consumer viewership information, including market demographics, buying patterns, and television rating data.

Nielsen’s local TV ratings report provides demographic information for each designated market area; it also shows which DMAs are growing or declining in households that tune into specific programs and which local stations provide the highest-quality audience (in terms of size and composition) to advertisers.

What is The Nielsen Company?

The Nielsen Company is a global provider of information and insights into what consumers watch and buy. The company delivers world-class syndicated research studies that help clients track their markets more effectively to help prove where, when, and how their potential customers are engaging with brands.

How to get DMAs market data?

To get this information, you can use The Nielsen Global Survey on Corporate Reputation, which provides insight into consumer behavior from reputation management. This report contains perceptions of a company’s products, its people — including employees and leadership — and its environmental record. In addition, in each country surveyed, respondents were asked how familiar they are with a company’s product or service, what purchase consideration factors would motivate their initial purchase, and which aspects would encourage them to switch brands.

Main Assumptions of DMA in Marketing

The first thing to remember is that a DMA doesn’t refer to the channels themselves, so it’s possible to purchase only specific channels within a DMA.

For example, you can purchase all of the channels in Baltimore but none of those in Pittsburgh. No one must watch or buy specific channels as long as they subscribe to cable or satellite service.

The second thing to remember is that a DMA doesn’t indicate viewership or ratings. It only impacts how much advertisers pay for their commercials and which channels they choose to promote during those ads.

Ome DMAs attract more viewers than others, but none of them are very high in number because not that many people live in any one location.

The third thing to remember is that a DMA doesn’t indicate who subscribes to which channels. At any given location, some residents may subscribe to only the most popular channels while others have subscriptions for all of them. For example, a Baltimore resident might be a fan of MTV and Bravo but not watch ABC Family at all.

Are DMAs geographic or demographic areas?

Both geographic and demographic. DMAs are specific geographical areas, but they serve larger markets where advertisers can make more money. If an advertiser in New York City wants to target people in Baltimore but not Pittsburgh, it would like to purchase the ads within the DMA for each of those two cities.

DMAs are specific geographical areas that define the media market where you target your customers or potential customers.

While geographically this area is much smaller than your entire region, region/state, country, etc., it is large enough to be profitable for advertising purposes because the population viewing the channels is big enough so that companies will pay more than what these customers would cost if you got them elsewhere. It allows you to target your customers where they are watching, not taking into account what else is being watched.

DMAs are demographic areas that measure the income, education, political affiliation, etc., of the people viewing the channels. They don’t just take into account how many people watch a particular channel but rather who is watching it.

DMA’s will often have overlap in viewers, but advertisers will still pay more for these specific people because this is where their customer base lies. It also allows you to target your customers according to who they are instead of where they are watching.

That’s it from us about this topic, remember if you enjoyed this article, share it with your friends! 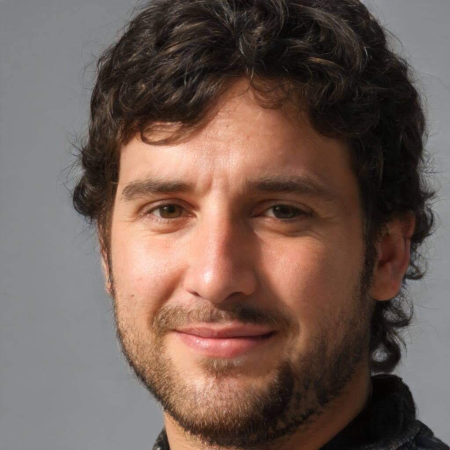 What Is Marketing Technology?

How Does a Web Crawler Work?

Web crawling is an automated process used to discover and collect information available on the internet. Web crawlers, also known as web […]

What Is Marketing Operation?

Marketing operations is a comprehensive sub-discipline within marketing that focuses on marketing processes and activities. It includes developing marketing plans and strategies, […]