Conflict can occur in many situations; however, disagreement and arguments frequently cause trouble among friends or associates. Nearly 100 % of respondents cited interactions with colleagues as the cause of the dispute in employment. Conflict also has an impact on employees’ efficiency. A worker spends roughly three hours each workweek working to resolve a dispute. Show five skills that can help with dispute solving and be equipped with the skills to do that. You can use this new skill set when helping your coworkers resolve conflicts and engage with your workday life.

What is Conflict Management?

Conflict management is the process of handling conflicts diplomatically, efficiently, and fairly. People at work are unlikely to be in a situation without some disagreement, so employees on staff must know how to handle the inevitable conflict smoothly.

In conflict management, the goal is to resolve conflict as quickly and peacefully as possible. There are many ways people can manage disagreement at work, but some of the most effective skills involve listening, compromising, or negotiation. A person who has these conflict-management skills will be able to discuss a problem productively without getting angry, which tends to make

What Are Conflict Management Skills?

So what are those elusive “conflict management skills”? If you have them, they will help your coworkers by making conflict a positive part of the culture and ensuring that everyone can solve it healthily when a dispute arises.

Avoiding conflict at all costs

Wouldn’t conflict be something that we want to resolve? Conflict is an inevitable part of life and not avoidable. Therefore, employees need to know how to deal with it constructively so that the whole day isn’t spent solving conflict instead of working on the actual disagreement.

It would be helpful if you could listen to what coworkers are saying and how they say it, and why there may be disagreement in that situation. It’s important not to interrupt someone speaking (unless they need clarification) or try and debate with them until their point has been fully communicated. This will help to prevent conflict from escalating.
You can also learn more about Active listening skills

Disagreement will not be resolved if the only outcome is one person’s way or all of what they want. Therefore, the battle should have a solution that considers everyone’s needs and wants, which means compromise for people with different opinions on how something should develop an agreeable resolution.

When a dispute occurs, management needs to jump in and help mediate the situation as quickly as possible before stalemates occur or disagreement becomes unproductive. In addition, management should separate facts from opinions and use negotiation skills when working with parties who disagree on a conflict resolution.

The best conflict management skills can be applied to many different situations to address the dispute as quickly and efficiently as possible. A person’s ability to resolve disputes is a skill that will help them through every part of their workday life, no matter what industry they’re employed by.

– The conflict management skills that you have may work well to help your coworkers resolve conflicts and engage with the dispute in a healthy manner.

– Disagreement is inevitable, so employees need to know how to deal – or avoid conflict where possible

The best conflict management practices are ones that can be applied effectively in many different disagreement scenarios. It’s important to remember that conflict should be resolved quickly and efficiently, so it doesn’t become a bigger problem for everyone involved.

It would be also useful if you watch this video on “14 Effective Conflict Resolution Techniques” made by the BRAINY DOSE channel, it’s excellent!

How do you respond to conflict?

Understanding conflict management skills and how to use them can be the key to reducing arguments. You should also know that different people have different ways of handling conflicts because they all have their personalities, so understanding these differences will become even more critical.

Avoiders are like snails. Whenever a disagreement appears, they retreat into their shell and retreat from others. As a result, they often feel stressed and unhappy because they don’t get what they want. Nor do they engage with others.

Aggressive behaviour often seems like the only answer when faced with aggression, but being aggressive may make the situation worse. Raid suggests that you are not interested in understanding another person’s feelings and might be more interested in winning an argument. Highly competitive people compare themselves to tigers; if they lose, then they feel worthless.

Sometimes involving aggression is difficult to see. Indirect aggression can be expressed in the vary of ways, such as putting people and their ideas down, lecturing them, offering unwanted advice, or prying when they don’t want your help. The worst kind of indirect aggressiveness is the nagging that comes up every single time you turn around.

In cases where there is a great deal of pressure or force, and it would be impractical to resist, often yielding in the face of that force can be an intelligent strategy. This allows you to wait until things may have calmed down before coming back to confront them without that level of resistance at play. It’s like how water reeds bend and avoid disagreement with the wind.

“Accommodators” are people who try to find a middle ground solution during the dispute, take and give something. Like “foxes,” they care about how the whole thing will end up for everyone involved. Unfortunately, this approach can often backfire because some problems can’t be solved this way.

Assertiveness is the best way to manage disputes. The assertive principles of standing up for oneself while acknowledging others’ rights mean that in any situation, the strong person always has a “win-win” solution in mind. In their approach, tactically and strategically, assertion means there’s always at least one opportunity for an individual to get what they want while considering the needs of others.

Employers value conflict management skills because it shows people can handle conflict and have experience resolving disputes. Disagreement is inevitable, but by learning how to manage conflict well, you’ll be able to keep the argument from escalating or becoming unproductive. Disagreement can be a conflict of interest, opinion, or viewpoint. Many people have different ways of handling conflict because they all have their personalities, and understanding these differences will become even more critical.

Values disagreement occurs when people disagree over the relative importance of different values – for example, someone might value safety more than convenience. Interest conflict occurs when there is competition or conflict between parties that may be resolved by negotiation and compromise. Relationship conflicts arise from interpersonal dynamics such as competitiveness, personality clashes, misunderstandings, and differences in expectation levels. Structural confFinally, structurals when there’s an imbalance of power, authority, or resources among conflicting parties.

Learn how to communicate more effectively while negotiating.

How can you reduce conflict?

When conflict is inevitable, the best way to handle it is by being assertive and using active listening skills such as paraphrasing what someone has said to make sure that they feel heard aloud and ask questions to find more information.

In conflict management, it’s essential to be committed to “emotions first” and not focus on the content of what is being said so much as how you feel about that person or their idea – are they making you mad? Sad? What can be done about that emotion in this dispute situation?

The disagreement between the two conflict parties can be escalated or de-escalated depending on how they react to a contest. The escalating dispute will worsen and create more tension, while de-escalating conflict is what you want if you’re trying to reach an agreement.

A practical way of dealing with conflict that’s been effective for many people is to ask yourself, “What do I want?” and then to consider what the conflict other party wants, how can you both get a win-win situation?

If you’re looking for some essential conflict management skills, this is the place to be. We have taken a look at what it means to manage conflicts from all angles and provided best practices that will help you in your day-to-day life as well as in professional settings. Take a moment to think about which of these principles resonate with you most. Is there any one strategy or skill that resonates more than others? Why do you feel like that particular point is so important? Which of these conflict management tips can we apply today? In our next blog post, we’ll take an even deeper dive into how different personality types approach conflict differently! Happy with what you have got? Read more of our blog posts! 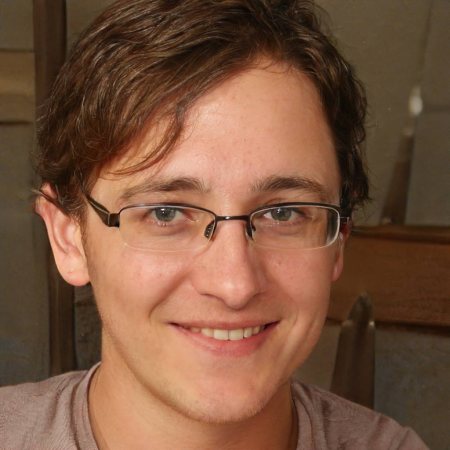 One thought on “Essential Conflict Management Skills: The Basics, Examples, and Best Practices”

Passive-aggressive behavior is a term used to describe people who express their anger and resentment indirectly. They do this by avoiding confrontation, […]